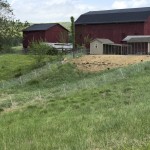 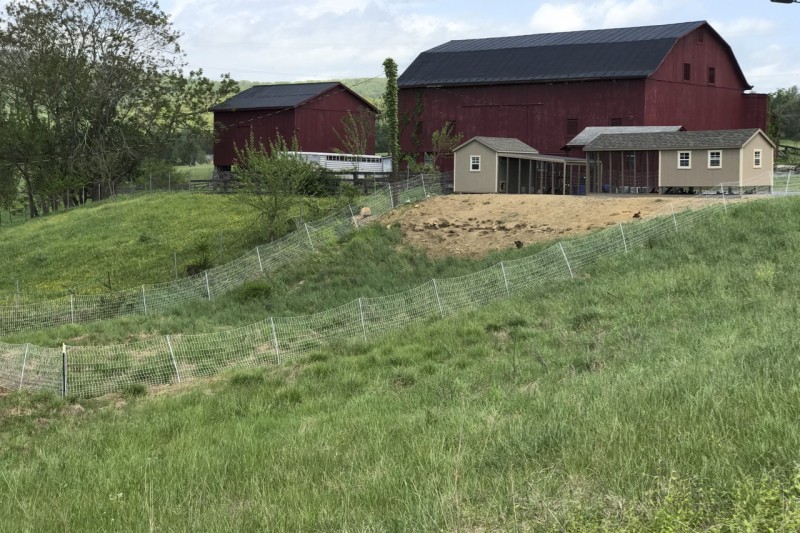 This is a full view of the new coops, the runs, and the large pasture area the birds can now enjoy

a few things have changed since the last update… 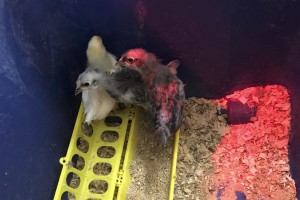 these are the hens from the last order for a while

For now, I have stopped buying chickens. I have created a unique mix of birds, which will create a unique mix of eggs by Fall. I may have bought too many hens too quickly. I wanted a lot of eggs come Fall, but I’ve been having some issues with aggression. I will keep monitoring the situation, and hopefully it will work itself out quickly. The last three hens arrived only a couple weeks ago and will not go out until they are large enough to mix with the others. Until then, they will have to remain in a separate coop and run, which is still weeks away for them at this point.

The coops and the run are in their places now. I ended up using electrified chicken netting to create a large protected pasture area so the chickens could have a large area to roam. They were anxious to get out after winter and being locked up in a small, but secure run. The chickens used to be able to run around the property as they desired, but I started to lose them one-by-one to foxes, and enough was

enough. So, I had to build a quick make-shift run which was two layers of fencing, one of chicken wire, and another of electric, and all my loses stopped. I am testing how well the electric netting will do alone, with the security of the covered runs for protection.

the coops have a nice sheltered run which the chickens use to get out of the hot sun or out of the wet weather. The runs act as protection for the chickens, as well as the feed. Their food and water are kept in the run, but during they daylight hours, doors open, so the chickens are free to come and go from the run and coops as they desire.

the food is the next big change. I finished a workshop a few weeks ago about feeding, chicken health, and profitability. One core lessons was not about the feed itself, but how the food is provided. I was told, making a few changes in how I feed will reduce enough food waste and help mitigate the costs of 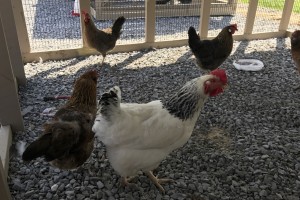 big momma is my oldest and from the first hens I ordered, she and the other ladies were keeping cool and getting some water

the feed. The savings from waste, and the discovery of great non-gmo feed that does not cost two to three times as much as regular pellet feed is enough savings for me to make the jump up in feed expense. I will have to increase my sale prices, but at least it will not be a major expense. Personally, I am not entirely concerned about the GMO corn or soybeans that may normally be found in feed, but what I like about this non-gmo feed is that it is obvious what is in the feed. The grains in the feed are identifiable, they are not pellets. The new feed is fresh too, and will have more nutrients, this, and the larger pasture will ensure the hens have a very healthy diet.

There is still much to do, but at least the hens are now in place… 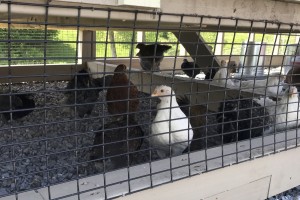